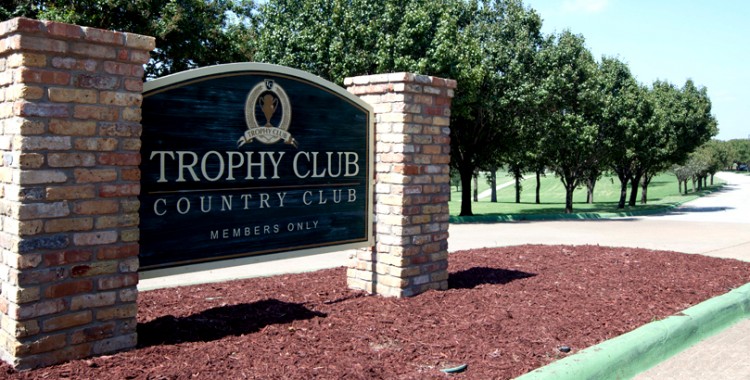 Trophy Club is an affluent town located in Denton and Tarrant Counties in the U.S. state of Texas. It is a wealthy northern suburb of the city of Fort Worth and is part of the Dallas-Fort Worth Metroplex. The population was 8,024 at the 2010 Census. It has been acknowledged multiple times by D Magazine as one of the best places to live in DFW.

The community was developed in 1973 by developers Johnson and Loggins, who created the community as a housing development surrounding the country club. The town was named for the original plan that the Country Club would house the trophy collections of golf legend Ben Hogan. The town was incorporated in 1985.

Trophy Club, like the rest of the Dallas-Fort Worth area, has a Humid subtropical climate, with hot, humid summers and generally mild to cool winters.

Prior to the opening of Byron Nelson High School, students went to Northwest High School, the district’s only other high school.